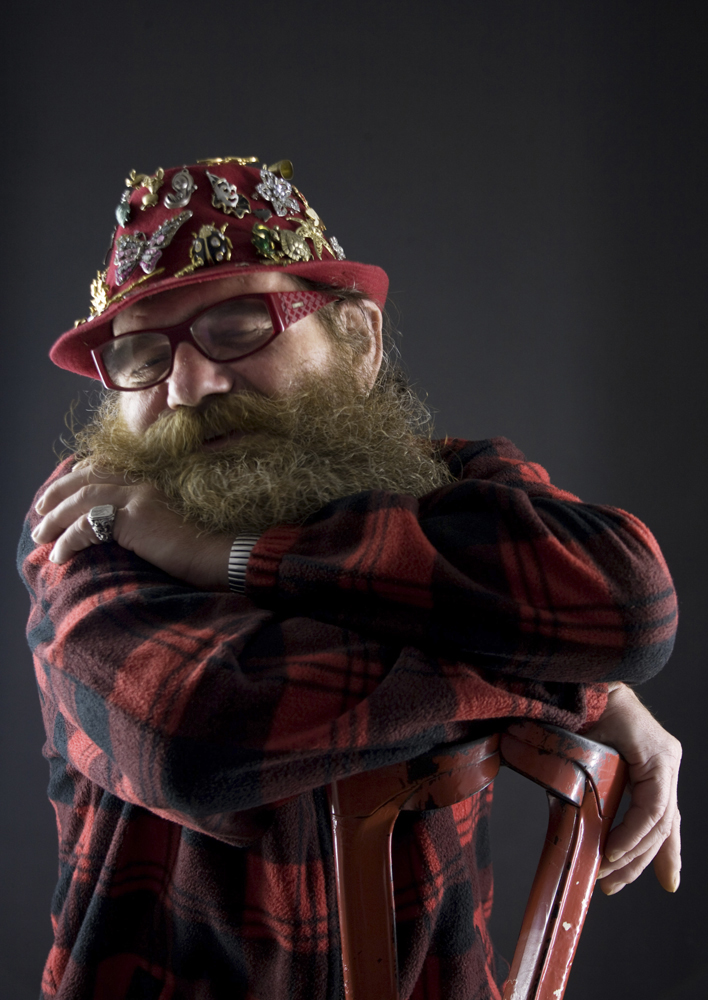 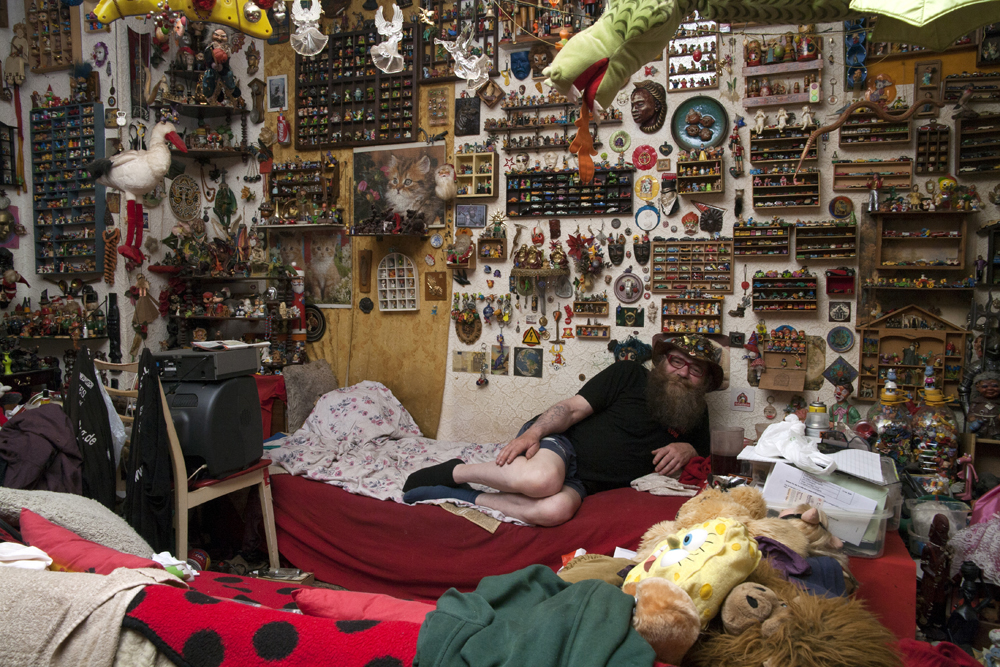 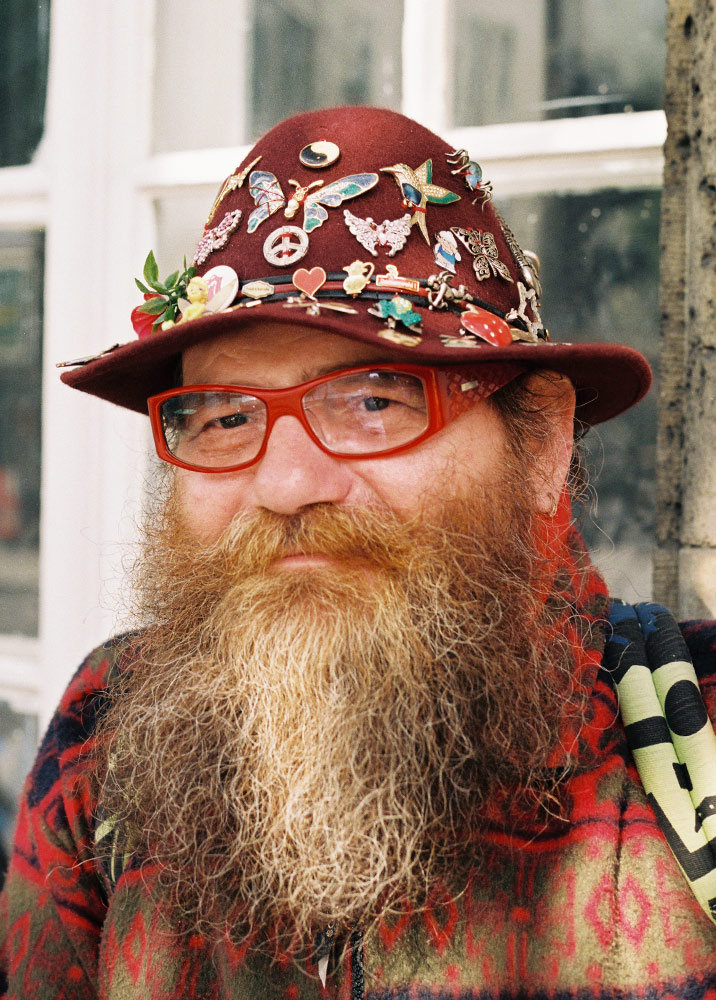 Norbert Oms – He´s a Berlin based beggar, who lives from social payments and handouts. He´s living in a small one room apartment beside the local tax office. Norbert grew up in a orphanage where he was beaten. Later he was living for some years in the woods. Then he worked in welfare services for mistreaten orphants, till he had an accident with where he suffered on a herniated disk. Since then he has to go on crutches. Norbert is a friendly person who never ask for money, he´s just standing there on his crutches, smiling and saying hello to the people who pass. Many of the tiny figures he collects, are donations from childrens and people who got to know him as a friendly beggar of his urbanisation.